back to Classical / Jazz / World

Listen to or buy this album 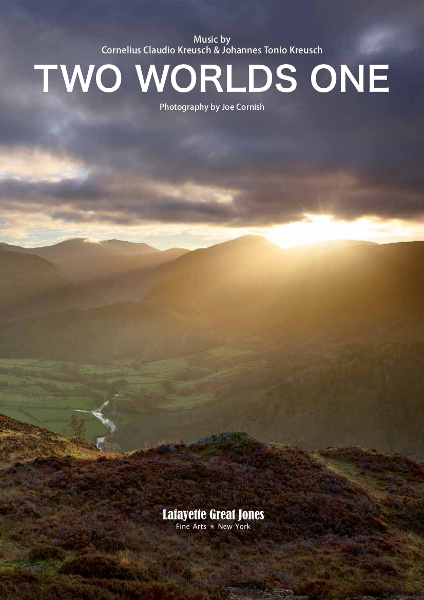 A liberated music, freed from formality and clichés. Bold, proud and beautiful.

NDR: “Album of the Month”

Jazzthetik: “A dreamy album… The sound of the album is on the one hand very individual, on the other hand so universal that TwoWorldsOne can be understood all over the world.“

about: Two Worlds One

Two Worlds One is the motto of their encounter: the one-being of the different musicians-personalities, styles and ideas. A musical symbol of a future world in which, despite all the contradictions, similarities are consciously sought and lived.

Jazz pianist Cornelius Claudio Kreusch was hailed by the Boston Globe as a pianist “who sounds like no other. Endlessly fascinating to hear”. His brother Johannes Tonio Kreusch called Acoustic Guitar Magazine one of the “most creative guitarists of the present”. They have completed their music studies at the Berklee College of Music in Boston, the Manhattan School of Music and the Juilliard School of Music in New York and the Mozarteum in Salzburg and have played with renowned colleagues such as Herbie Hancock, Kenny Garrett, Salif Keta, Bobby McFerrin, Ornette Coleman, Markus Stockhausen, Giora Feidman and Anthony Cox. They perform at major festivals around the world and have released more than 20 successful CDs under their own name.

Badi Assad is one of Brazil’s most innovative and influential singers. She has worked with artists such as Bobby McFerrin, Yo-Yo-Ma, John McLaughlin and Seu Jorge. She recorded music with Larry Coryel, John Abercrombie and her brothers Sergio and Odair Assad, among others, and has released 11 CDs and three DVDs.

Jamey Haddad can without a doubt be called the world’s best hand drummer. He is a permanent member of the Paul Simon Band, is currently also touring with Sting and Paul Simon and has played with countless other jazz, pop, classical and world music stars, from Herbie Hancock to Esperanza Spalding and Paul Winter. Its rhythmic element and the colour of its sound is the mainstay of Two Worlds One.

back to Classical / Jazz / World